Last week, I had the fortune of reading a blog post by Eve exploration legend, Mark726.  The post outlined an exceedingly elusive in-game phenomenon called The Children of Light and the great length’s Mark had gone to in an effort to explain it.  Seemed to me like this was one hell of a puzzle…and puzzles are problematic in that I can’t ignore them.  I mean, I physically can’t let them alone.  Once a puzzle has its grip on my neurons, there really is no letting go until it is solved.  Thus began my rapid plummet right down the rabbit hole.  While I can’t say that I’ve cracked the case by any measure, I figure that it might be nice to compile what does appear to be known about this phenomenon as well as outline a possible connection to the increasingly active Sleeper race (I swear I have a basis for that last statement…with photos…so stay with me).

Eve Chronicles describe the Children of Light as a luminous and cryptic occurrence in the Iyen-Oursta system near the Perimeter gate.  Named lutins in an apparent reference to their pixie-like appearance, these stellar Huldufólk have been explained in all manner of context which run the gamut from deities to an esoteric consequence of jump gate mechanics.  Regardless of its true nature, it is clear that it is cryptic, ephemeral, and few have witnessed it in person.  In fact, it seems that until recently, few players even knew that the phenomenon actually existed in-game; attributing it to the stuff of legend.  After all, almost all seekers of the lutins are greeted only by an unassuming celestial beacon marking the Children of Light landmark proximal to the Perimeter gate.

It appears that it wasn’t until March 10, 2014 (YC 115), that someone recorded the lutins while passing through Iyen-Oursta.  The player, Jon Tarant, managed to capture a screenshot of the lutins and contacted Mark726 after reading his blog entry.  Here was Mark’s reaction:

I hounded any and all details out of Jon, who happily obliged with what he was able to recall.  I grilled him on his ship (Taranis) the date (March 10 YC 115), whether he was with anyone (a few in local).  He said he had asked around the locals to see if anyone else had run into this effect.  They all said no.  He had a friend a few jumps behind him, also on his way through Iyen-Oursta.  Jon asked his friend if he had seen the lights, the friend responded there was nothing on the gate.  He had apparently filed away the information, and only when he happened across EVE Travel did he think to reach out to me regarding this discovery.

I immediately ran over to Iyen-Oursta myself.  Once again, I was presented with empty space beyond the gate itself, a few Gallente customs officials, and that accursed beacon with its steady blink blink blink, almost mocking me.  No lights.  No lattice.  No children of light.

A second sighting of the Children appears to have occurred a few months later, circa August 24, 2014.  Player Phyridean managed to get a glimpse of the event while passing through the system with some cohorts.  A member of his party noticed it first and the phenomenon persisted long enough for Phyridean to dock and head to the location in an alternate ship. 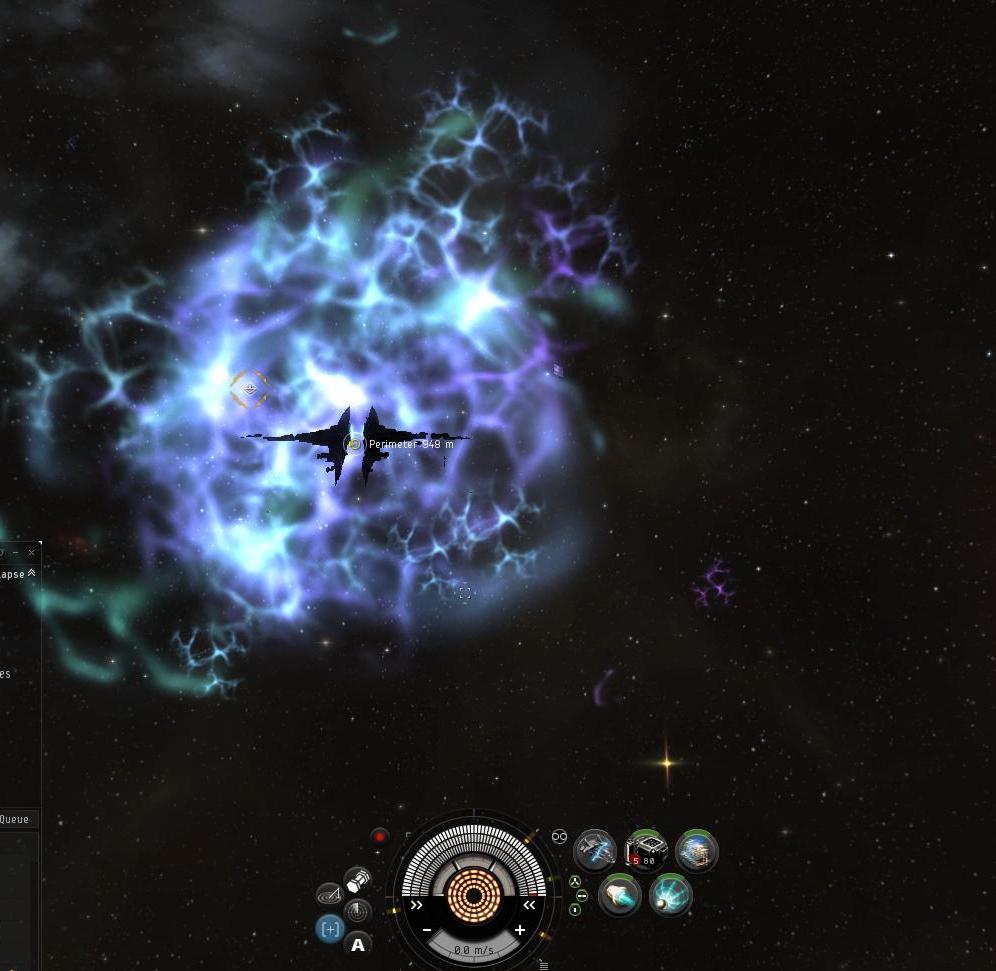 The third and final known record of the event was obtained by player Tenar Sparrowhawk who posted an image of the Children on reddit on December 9, 2014.  Here is Tenar’s account of the event:

Last night at 04:15 game time I landed on the Perimeter gate in Iyen-Oursta on my way from my lovely C3 home to Jita. I had clicked jump but as soon as I loaded gate grid and saw the event already in progress, I stopped my trusty Proteus to take some pics.  I keep Sweet Leaves, a Test Bong, Spirits, some Garbage, Synthetic Coffee, Tobacco, a Sisters Probe Launcher, and Sisters Probes in addition to paste and ammo.  My toon is Gallente, specifically Intaki.  I’m not sure how many were in local. There were a couple other people poking around the gate. Someone in a Venture was orbiting the beacon and refused my convo.  I snapped a couple pics and in a couple minutes it disappeared, probably at 04:17-04:18. Disappearance was quite sudden.  Additionally, I had 98% armor and had just installed a Genolution ‘Auroral’ AU-79 implant a few minutes prior.

The Children were certainly active in 2014…errr I mean YC 115.  So active and yet so frustratingly elusive!  Just prior to Tenar’s experience, the Hydrostatic Eve-centric podcast even went so far as to offer an Eve Collector’s Edition pass to ‘any capsuleer resourceful enough to decrypt the secret’.  It remains unclaimed.

Mark726 is tenacious….absolutely tenacious…and I love it!  A player after my own heart, Mark dove headlong into the mystery.  It’s safe to say that he probably tried just about every option + permutation of said options that one would would think of…and then some.  Here’s a run-down from a post he wrote on the blog Crossing Zebras entitled, “Children of Light Plea” that outlines his efforts:

We know a few things: it can be triggered on both SiSi and TQ (and sometimes more easily on SiSi, implying that it is based on something that can be altered between SiSi and TQ), it’s fairly simple, and has something to do with PvE mechanics. Because I have yet to run into anyone claiming to have actually triggered the lights, and only have seen the aftermath, its possible that the triggerer doesn’t even *know* he’s doing it. So it’s something you would be able to do in high sec, but not necessarily something you would do often at a gate. I suspect that this was added to the game around the time the chronicle came out, so whatever it is, it’s an older mechanic.

So what have I tried? I’ve tried shooting the gate (anyone who knows me knows that I hate committing criminal acts in game. And yes, I know I am terrible at this game). I’ve tried shooting the gate with drones. I’ve tried shooting the beacon with drones. I’ve tried shooting the beacon with missiles and turrets. I’ve tried orbiting the beacon, and orbiting the gate. I’ve dropped drones, abandoned them, shot them, jumped through without them. I’ve blown up the customs officials on the gate. I’ve cloaked near the gate, run ECM on the gate and the beacon, as well as salvagers, data analyzers, and relic analyzers. If you think I should try pointing, webbing, scramming, or sensor disrupting the gate, THINK AGAIN. I’ve bumped the beacon, I’ve target painted the beacon, I’ve remote repped the beacon. (I PROMISE THAT I’M USUALLY NOT THIS OBSESSIVE). I’ve warped to and from every celestial in the system. I’ve warped to and from every celestial and then jumped. I’ve warped to the gate running whatever mods I could while in warp (hint: it’s not many). I’ve jumped in with slaves, I’ve jumped out with slaves, both in Amarr and non-Amarr ships. I’ve jetcanned slaves, I’ve looted slaves. I’ve created and then salvaged wrecks on the gate. I’ve self-destructed on beacon and near the gate. I’ve even stared yearningly at the beacon for minutes on end (though I never really had faith that that one was going to work anyway…). I may have forgotten a few things here, and I would welcome a second try on much of these to be sure, but I think you get the general idea of the effort I’ve put in. I’m also quite prepared to hate myself when I see just how simple the trigger actually is.

Of course, that’s just the beginning. My biggest fear is that the trigger isn’t something at the gate or the beacon. What if its something else in system? What if its NOT something in system? These are the things that keep me up at night.

Mark appears to have been further prodded along by a series of ambiguous hints dropped by CCP Fozzie via Twitter:

My Investigation and Possible Sleeper Connection

Thanks to Mark726’s absolutely outstanding documentation of his efforts to crack this thing, I had the luxury of knowing a lot of what had already been tried in addition to the prevailing theories.  Last week, I immediately set-about roaming around the area and replicating many  of his experiments in addition to pouring over every ounce of lutin lore, tinfoiling, and bona fide reporting I could find.  Not surprisingly, I’m still baffled.  I do, however, have some broad avenues of thought that I’m pursuing.

Among those avenues, is the prospect that perhaps the Children are linked to the increasingly-active Sleeper race.  After all, sightings of the Children all seem to have occurred in the same year that CCP unrolled sweeping changes to the game, including the introduction of Sleeper drones wandering into known space.  Furthermore, the Children bear an uncanny resemblance to a visually stunning phenomenon I’ve seen while bouncing about wormhole space.  Consider the Sleeper Perimeter Checkpoint shown in a photo I took today in a C2 pulsar wormhole linked to the Iyen-Oursta system and compare it to the images of lutins captured by pilots over the last several months.  Look familiar? 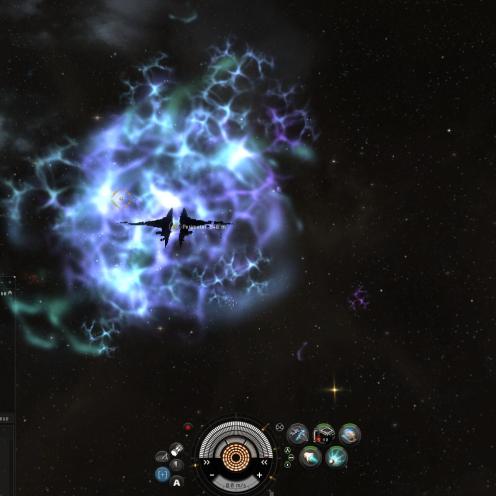 I don’t know about you, but it looks like the Children may have their elusive little feet in both wormhole space and known space.  Now, I’m well aware that Sleepers have become a point of fascination recently given all the hype over ‘emergent threats‘ and it’s easy to think that any unexplained event may be linked to them but the similarities between the mysterious bright formations noticed in wormhole space and the Children certainly brings a Sleeper correlation well within the realm of reason.

Furthermore, the fact that there is a Jove Observatory and daily sightings of Circadian Seekers in the Iyen-Oursta system makes the possibility that the lutins are indeed Sleeper-related even more tantalizing.  Perhaps what we know as lutins are in fact simply a byproduct of some Sleeper activity/process that has spilled over into K-space.  Or perhaps it is the byproduct of some Jovian (proper) activity/process given the presence of the Observatory in the system.  It could also be that the Sleepers have found a way to harness a natural phenomenon.  Of course, it might be that CCP is just lazy and is recycling graphics, but given the depth of this game and its apparent trajectory, I’m not going to assume that any of this is purely coincidental.

I have no idea why the Sleeper Perimeter Checkpoint is illuminated in this manner or why a similar phenomenon dubbed the Children of Light occasionally occurs near the Perimeter gate, but I’m now even more curious…I’ll keep you posted as things unfold and if I come up with any new findings.

If you happen to witness the Children, please snap a screenshot and let me know.

I’m also particularly interested in anything you can recall…anything…from the ship you were flying to what system you were coming from, what you have in your cargo hold, what you were doing, etc.

I hereby forfeit any right to reclaim the Hydrostatic prize in an effort to just understand why the phenomenon occurs so if you figure it out, please let me know…I’m not after the prize.

In the meantime, please get in touch @MarkusVulpine or in the comments section below if you have any additional information, thoughts, or ideas.  Something tells me that cracking this will require a team effort but for now, enjoy these up close and personal shots of a Sleeper Perimeter Checkpoint courtesy of my trusty cloaked Stratios, Urocyon. 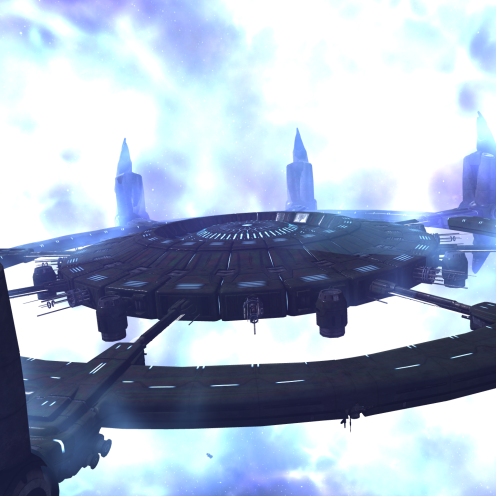 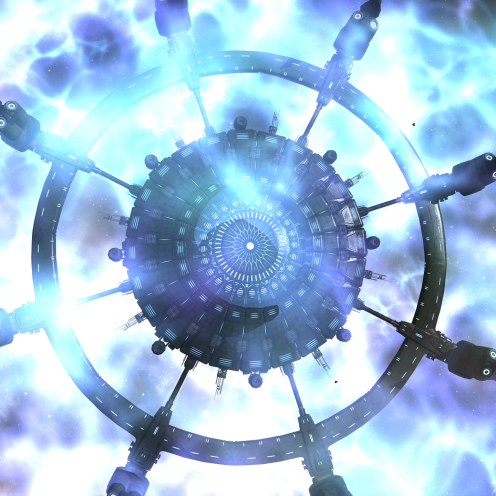 One thought on “Children of Light – A Sleeper Connection?”

This site uses Akismet to reduce spam. Learn how your comment data is processed.